Monsters populate many of the first stories we’re told. As children, we may be afraid of what might be lurking under the bed or just outside our windows, but that doesn’t stop us for reveling in campfire stories, fairy tales, and storybooks where the antagonists often take the form of hideous creatures. We’re both drawn to and repulsed by monsters, and it’s the visceral reactions we often have to them that make monsters such great literary characters.
So it should come as no surprise that we’ve already touched upon quite a few of literature’s best monsters in previous lists. In our Best Books About Psychopaths list, we featured a number of fiction’s most frightening serial killers, but the monsters we’ll focus on here are all of the fantastical variety. Of course, our Best Horror Books list knocked a few other notables out of contention here, including the most famous monster of them all, Frankenstein (yes, yes, we know that was actually the name of the scientist, not the monster). Cthulhu also appeared there, but that didn’t keep another story by Lovecraft from this list. And Stephen King certainly has cooked up a fair share of monsters in his day, but we treated him to his very own list.
That still leaves us with four of the more notable literary monsters to ever skulk across the page. 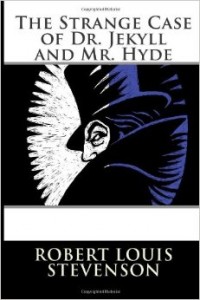 The Strange Case of Dr. Jekyll and Mr. Hyde by Robert Louis Stevenson

Stevenson’s classic tale of a doctor who discovers a way to transform himself so he may indulge his vices without fear of reprisal is such a staple of pop culture at large that “Jekyll and Hyde” has become a common term in modern society. While that term is often used to describe someone who seemingly has a “split personality” or can act very differently from one situation to the next, Stevenson’s Jekyll could actually physically transform into the ugly, nearly disfigured Hyde, who would than wreak havoc, even committing murder. Given how popular transformations have become in horror and sci-fi, Stevenson was way ahead of his time when he published this classic in 1886.

At the Mountains of Madness by H.P. Lovecraft

Though Cthulhu may be his most famous, Lovecraft conjured up many other monsters. In this horror novella, geologist William Dyer heads an expedition to Antarctica where, in a mountain range higher than the Himalayas, he discovers remnants of fourteen different ancient life forms that look completely alien to anything else on Earth. There’s also a lost civilization that was once built by Lovecraft staples, the Elder Things. These ancient creatures created shape-shifting beasts known as “Shoggoths” to help build their civilization. However, these black, oozing masses ultimately destroyed the Elder Things, and Dyer must flee for his life as the creatures are still alive in tunnels under the ruined city, living for eons off enormous blind penguins that were once bred to feed them. 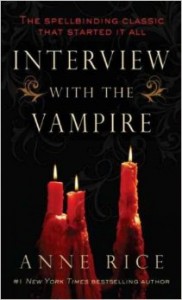 Interview with the Vampire by Anne Rice

Long before there were vampires that sparkled, there was Anne Rice. She developed her classic 1976 novel off a short story she’d written during the previous decade. She also used the recent death of her daughter as inspiration for the child vampire. In this book, a vampire named Louis de Pointe du Lac sits down with a journalist and recounts his 200-year life story. As a young man, and in the wake of his brother’s death, Louis chose to allow the vampire Lestat to make him undead. The two dwell together, with Louis feeding only on animals rather than to murder humans for food. Ultimately, he bends under his vampire nature and begins feeding on humans, including the young plague-infected girl Claudia, whom Lestat turns into a child-vampire to keep Louis from leaving. It’s her eventual death that leaves Louis exhausted with the rigors of immortality, and leads him to sit down for the interview. 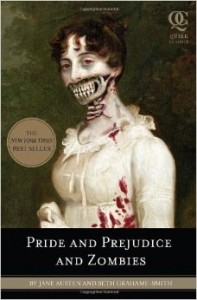 Much like Frankenstein’s monster, this book is a sewn-together creation. A mashup of Jane Austen’s classic novel and the kind of zombie fiction popular in the modern day, this book may be a parody but that doesn’t make it any less effective as a monster story. Grahame-Smith manages to follow the same plot as Pride and Prejudice, but places the setting in a version of Regency-era England that’s set in an alternate universe. In this parallel world, zombies shamble around the countryside. The stuffiness of that era’s affluent class is paired with the everyday threat of couriers being eaten or discussion of whether it’s too “un-ladylike” to carry a musket for protection.