Humans have pondered the nature of our perceived reality for millennia. While scientific innovation over the past couple of centuries has allowed for much deeper insight the workings of the mind and the nature of time and space, the great thinkers throughout history are still heavily influential on the world today. The Greek philosophers may have lived in such an ancient epoch that Aristotle laughably suggested that the brain’s function was to cool the blood, but his mentor, Plato, has been described as so instrumental to the eventual European philosophical tradition that it can be generalized as “a series of footnotes” referencing him.

So while any Best Philosophy Books list would be remiss to completely leave out Plato’s Republic, Roman emperor Marcus Aurelius’ Meditations, Lao Tzu’s Tao Te Ching, Aristotle’s Metaphysics, or Sun Tzu’s The Art of War, we’re keeping our list more contemporary and focusing on the descendant philosophical traditions these works eventually encouraged through either agreement or rebuttal. We’re also not looking into political philosophy, so you won’t find the likes of Voltaire, Machiavelli, John Locke or Karl Marx. What you will find are five of the more influential philosophical works on the nature of existence from the past 250 years. 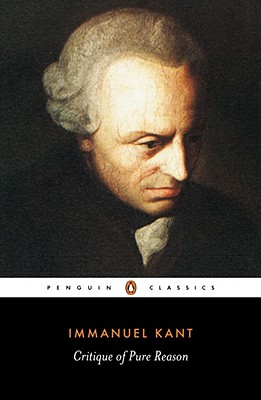 Kant is one of the more challenging modern philosophers due to the precision of his focus. His philosophy espoused in Critique of Pure Reason is derived from Aristotle and primarily asserts that the nature of reality is unknowable to the human mind. He posits that everything in the universe is a thing “in-itself,” meaning a true essence that humans cannot hope to directly experience because of the limitations of our sensory perceptions. By passing through a filter, the true nature of objects in the world is changed and therefore reality itself is obscured. 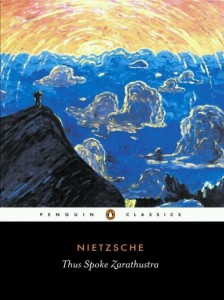 Nietzche’s seminal nihilist novel put forth his philosophical positions on eternal recurrence (his position that time is cyclical and everything that physically happens will continue to happen over and over), the death of God (and his critique on religion and politics as being based on hatred of the body and the physical world), and his Übermensch (higher form of life to which humans can aspire to achieve by improving ourselves and the world from generation to generation). He remains hugely influential and controversial to this day. 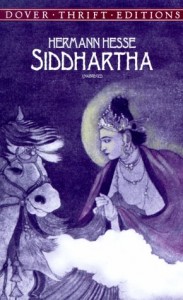 Novelist, poet, and painter Herman Hesse expressed his philosophy through his creative output. In Siddhartha, he tells the tale of a man who went on a similar quest of self-discovery as that of the Buddha. The main theme of the book is that enlightenment and understanding is achieved not through events inside the mind (through study or meditation) or, conversely, from carnal pleasures in the physical world but rather comes about through the whole of experience. Therefore, even experiences that are painful or seemingly detrimental are not negative because they are one part of the completeness of one’s experience that ultimately leads to greater understanding. 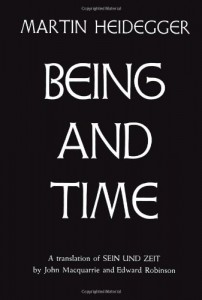 Being and Time by Martin Heidegger (1927)

Heidegger was a crucial contributor to existentialism, positing in his most notable work, Being and Time, that despite the millennia of thought on the subject it’s still unclear exactly what “being” means. He was critical of philosophers in the past for so easily dismissing the question of what it means “to be.” There are separate beings, or entities that are in the physical world and interact with it, but the nature of Being is deeper and more mysterious. Authentic people appreciate this mystery and embrace it and go about their lives pondering the mystery but engaging the physical world.

As one of the more influential French philosophers of the 20th century, Simone de Beauvoir excelled in a field nearly exclusively dominated by white men. One of her most notable books The Second Sex contributed to the rise of second-wave feminism as it confronts human history from the feminist perspective. Her assertion that men have, throughout history, oppressed women by designating them as the “Other” is now essentially canon among contemporary thought. In addition to her work with lifelong partner Jean-Paul Sartre on the nature of being-in-itself, de Beauvoir blazed trails not only for her gender, but for the way we understand what it means to be human.