Humans keep finding new ways to explore the vastness of space, even if each new discovery seems to prove just how small our little blue marble of a planet really is in the grand scheme of things. For every photo of a barren planet like Pluto (or dwarf planet, according to its most recent categorization), you have to wonder what, if any, living organisms might be lurking out there deep in the cosmos. Considering the age of our universe and the relativity of time, it’s not just a matter of where extraterrestrials might be, but also when.

While we don’t know anything for sure, the idea that we are not alone in the universe has led to some truly fascinating works of science fiction. If we should ever make contact with an extraterrestrial species, will it even be possible to communicate? Will we reach out to them, or they arrive on Earth? Will it be peaceful or will such an encounter end in unfathomable violence? These are the issues sci-fi writers have pondered ever since the idea of outer space became a staple of our collective consciousness.

You would think that we would’ve covered some alien-oriented titles in our Best Sci-Fi Books list, but that’s actually not the case. But Slaughterhouse-Five, with its plunger-and-hand shaped Tralfamadorians, would definitely make it onto this list if Vonnegut’s opus hadn’t already been featured on our list for the Best Novels of All Time. But that still leaves us with a group of otherworldly fiction that imagines our first contact with aliens as peaceful, apocalyptic, and everything in between. 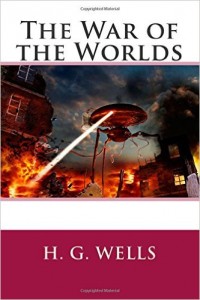 The War of the Worlds by H.G. Wells

You’d have to be living under a rock on Neptune to not have heard of this H.G. Wells classic or its many adaptations. Orson Welles scared the bejesus out of radio listeners back in 1938 when his fictional broadcast about an alien invasion was interpreted as real. Wells’ novel doesn’t waste time with aliens coming in peace. These extraterrestrials have total domination on their minds and little else. Published in the waning years of the 19th century, The War of the Worlds proves that alien invasion was on people’s minds long before there were even movie theaters to make these stories come to life. One thing’s for sure in this story, Earth is fortunate that these Martian invaders can’t handle a few germs. 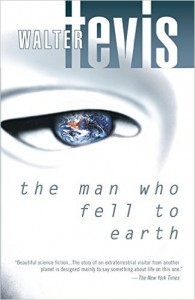 The Man Who Fell Earth by Walter Tevis

Not all fictional alien visitors have annihilation on their hyper-intelligent minds. Take Newton, for example. In Walter Tevis’s novel, Newton arrives on Earth from his home planet of Anthea, which is experiencing a crippling drought after a series of devastating nuclear wars that has reduced its population to only 300. Newton lands in Kentucky, and sets to work getting incredibly rich by patenting new inventions thanks to his knowledge of superior alien technology. His hope is that, with his vast riches, he’ll be able to construct the necessary ships to transport his people from their dying planet. But his plan is imperiled when his identity is revealed and the government swoops in. The Man Who Fell to Earth serves as an allegory to the Cold War political climate of 1950s America, and the book was adapted into a 1976 sci-fi film starring David Bowie. 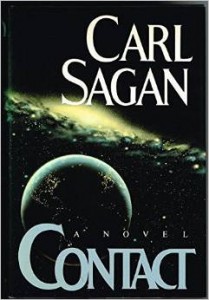 If you’re looking for a peaceful interaction between aliens and Earthlings, then this Carl Sagan novel is for you. The authentic feel to the science behind Contact is derived from the simple fact that Sagan was one of the most heralded cosmologists and astrophysicists of the 20th century. Ultimately, Contact‘s aliens don’t come to Earth at all. Instead, they send a message with coded instructions that will allow NASA to build a machine that can transport astronauts to them. What’s more, when the book’s protagonist, Ellie, comes face to face with an extraterrestrial creature for the first time, it even takes the form of her deceased father to help make their meeting a pleasant one. Grounded in science, incorporating themes of humanity’s interaction with religion, Contact covers an incredibly broad and immensely entertaining scope. 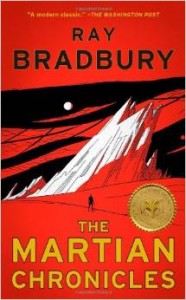 The Martian Chronicles by Ray Bradbury

While not technically a novel, Ray Bradbury called this collection of his short stories a “book of stories pretending to be a novel.” The various stories are linked together with a thin framework, and they tell a “future history” narrative that focuses on two terrible events, which have led to the near-extinction of both the human race on Earth and of Martians on their home planet. The early stories highlight Earthlings who are dead set on traveling to Mars, despite strained relations between the two planets that are due in part to (as outlined in one story) a plague on Mars caused by visitors from Earth. As the stories progress, the middle portion of the book details Earth’s success in colonizing the Red Planet, which is now largely deserted. However, as a nuclear war decimates Earth, humans left on Mars are cut off from the world they once knew. The book has been adapted many times (including into an opera), but has yet to make it to the silver screen.