It’s no surprise that lists of bestsellers for a given year don’t always overlap with that year’s most critically acclaimed books. That was the case with 2012 as well. For the most part, the top-tiered sellers come from book series, with multiple titles from the same series selling more than all other books (including e-books).

Then again, that’s not to say that quality reads go unnoticed. Gillian Flynn’s fantastic Gone Girl would otherwise be in this Top 5, but we’ve already covered that one in our Best Books of 2012 list. A few honorable mentions for top selling books, though they didn’t quite make it to the summit, also include books from popular series, and not necessarily newer ones. J.R.R. Tolkien’s The Hobbit, Stieg Larsson’s The Girl Who Kicked the Hornet’s Nest, and George R. R. Martin’s A Game of Thrones all made it into the Top 20 (A Game of Thrones was also featured in our Best Fantasy Novels list). But they couldn’t top the following top selling books of 2012. 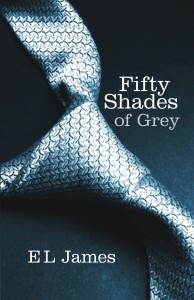 With its first book first published in 2011, the Fifty Shades trilogy took 2012 by storm as well, as the three books in the series took three of the top four bestseller slots. This erotic romance trilogy centers on the increasingly passionate relationship of a recent college graduate and a young business magnate, and has been so wildly successful that it has spawned a plethora of parodies and copycats. All told, this at times violently sexual book has sold over 70 million copies worldwide, with much of that taking place in 2012 alone, and will likely continue to pique prurient interests through the next few years as well. 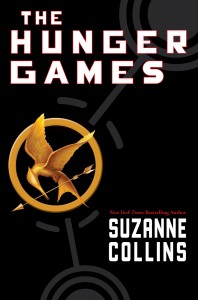 For the second year in a row, The Hunger Games was the second best-selling book. Its second and third books, Catching Fire and Mockingjay, also made the top 10, making this series the second bestselling trilogy of 2012. Taking place in the dystopian landscape of Panem (where North America once existed), these books are written in the voice of 16-year-old Katniss Everdeen, who is picked as on of the young people who must compete in a televised battle to the death for the amusement of The Capitol. Given that the first book was adapted into a blockbuster movie with two more on the way, this trilogy should pop up on bestseller lists for years to come. 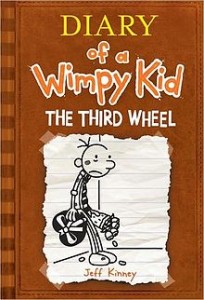 Diary of a Wimpy Kid: The Third Wheel by Jeff Kinney

Yet another successful series over the years has been Diary of a Wimpy Kid, which in 2012 saw the release of its seventh installment. In this go-round, our middle-school narrator Greg talks about his earliest moments, even before he was born. He explains his mother’s failed attempts to make him smarter in utero, and ultimately goes on to detail his humble origins sleeping in a dresser drawer and wearing nothing but hand-me-downs from his older brother. This wisecracking narrator has also made it into three movie adaptations, further heightening the popularity of the book series. 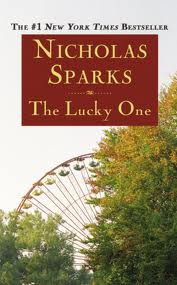 The Lucky One by Nicholas Sparks

Nicholas Sparks may not write series of books, but he routinely churns out primarily romantic novels that end up as movies or at least bestselling books. The Lucky One was published by Sparks in 2008, but thanks to a 2012 film adaptation starring Zac Efron and Taylor Schilling, his novel once again made waves as a top selling book. Like much of Sparks’ work, this book deals with starcrossed fate, with the lovers at its core again experiencing the impact of destiny upon their interpersonal relationships. Sparks’ novels may not have the sizzle of Fifty Shades, but his stories’ focus on romance continue to move his books like the proverbial hot cakes. 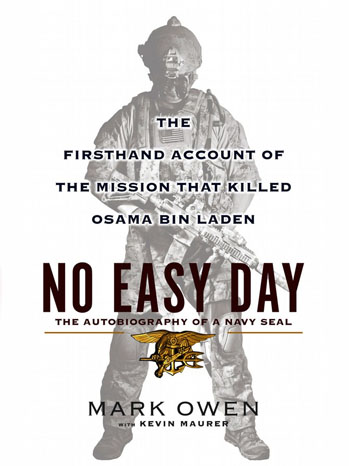 No Easy Day by Mark Owen with Kevin Maurer