When it comes to science fiction, sometimes the best subject matter isn’t just speculation on what might be coming in the future, but rather on what might have been. Alternate history is a subgenre that’s provided rich fodder for great sci-fi writers to go back to key junctures in time and simply imagine how the world would be different today if things had gone differently during some of history’s biggest turning points. Whether its something as simple as different types of technology being developed at different time periods, or something as Earth-shattering as the opposite side winning a World War, alternate history novels can not only provide vividly imaginative escapism, but can also provide incisive social or political commentary and tackle some heavy philosophical questions. 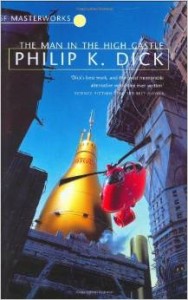 The Man in the High Castle by Philip K. Dick

The name Philip K. Dick is virtually synonymous with science fiction, and one of his greatest achievements was the alternate history masterpiece The Man in the High Castle. This book asks the question of what the world might look like had the Axis Powers prevailed in World War II. Nazi Germany and Imperial Japan have cleaved the former United States in two. Now engaged in a Cold War as the uncontested superpowers of the world, Germany controls the East Coast and Japan the West Coast, and the two territories are separated from each other by a Rocky Mountain buffer zone. With Hitler succumbing to syphilis, Americans have a whole new set of dictators to worry about.  This electrifying book follows a loose collection of characters as they live under the iron fist of the various totalitarian overlords. 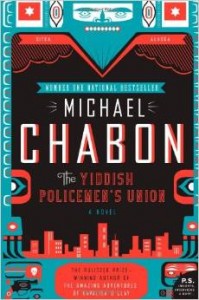 An alternate version of World War II also plays a role in Michael Chabon’s critically acclaimed novel, though in a far different fashion. In this world, the fledgling state of Israel is destroyed shortly after its establishment in 1948. This followed a temporary establishment of Jewish refugees that was set up in Sitka, Alaska in 1941, during World War II. Set in the alternate present day, Sitka is now a thriving metropolis where the primary language is Yiddish. The book’s setting is based on the Slattery Report from 1940, which would have authorized the formation of European Jewish refugee settlement in the then-territory of Alaska if it would have won support and been authorized. 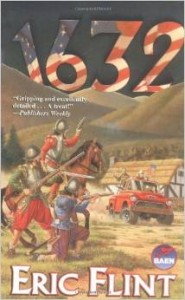 You likely won’t find a more elaborate alternate history project than Eric Flint’s 1632 book series. In this story, a small fictional town and its hillbilly inhabitants are transported through a rift in space-time from West Virginia in the year 2000 to Germany in the year 1631. Suddenly, these modern era townsfolk find themselves inexplicably thrust into the center of the Thirty Years’ War. Ultimately, this novel kicked off a series that would involve the collaboration of dozens of writers and hundreds of other contributors. The film is about more than just a disturbance in the space-time continuum, as the modern-day townsfolk have to deal with issues ranging from a language barrier to more social, political and class conflicts. 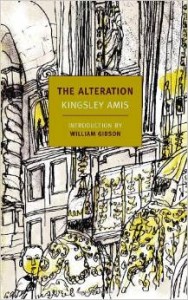 The Alteration by Kingsley Amis

The divergence point in Kingsley Amis’ alternate history novel took place at the Protestant Reformation. Namely, in this book, the Reformation never occurred. Unfortunately for 10-year-old Hubert Anvil, the “alteration” of the title also applies to the fact that, blessed with a remarkable singing voice, the even more powerful Pope has decreed that the child be subjected to castration rather than undergo the voice-changing ravages of puberty. This sets into motion a series of events that cross paths with alternate versions of well-known cultural and political figures. One other interesting aspect of this alternate world is that it refers to Philip K. Dick’s The Man in the High Castle.