War may be one of the darker aspects of humanity, but the storytelling that comes out of it can be one of the more vibrant. Great art has risen out of times of conflict by looking back and analyzing war times—whether through reporting of facts or the construction of fiction—which helps humans as a species attempt to learn from our past mistakes in the hopes of preventing a repeating of history.

There are several key titles that you won’t find in our list here simply because they’ve already appeared elsewhere on the site, and as warlike as beating a dead horse may be, it’s not something we aspire to do here. One such book is Anne Frank’s diary. While not exactly a book explicitly about battlefields, it was penned during the Holocaust while the Frank family hid in an attic hoping to avoid capture by the Gestapo and internment in concentration camps. This heartrending first person account of a young girl who was wise beyond her years already appeared on our Best History Books list. If strategy piques your interest, the Sun Tzu’s The Art of War is an ancient yet still crucial title, but it’s already been featured on our Best Political Books list. Likewise, Kurt Vonnegut’s classic Slaughterhouse-Five is clearly deserving of placement here, but already received our Best Novels of All Time treatment. But what we have here are five of the best war stories (though not necessarily non-fiction accounts of war) that have ever been put to the page. 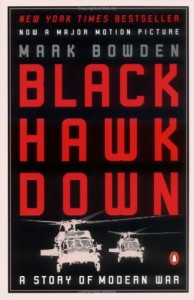 Black Hawk Down by Mark Bowden

This fiction-heavy list begins with the non-fiction account of the Battle of Mogadishu in 1993, the most extensive close combat by U.S. military forces since the Vietnam War. Mark Bowden comes from a journalism background and is not a historian, so while his book is non-fiction, it’s written in narrative format that reads like a novel. The book derives its title from the pair of UH-60 Black Hawk helicopters that were downed by local militias and the ensuing efforts by the elite forces of the U.S. military to rescue the imperiled soldiers from behind enemy lines. Black Hawk Down makes for a fascinating and true story about modern war. 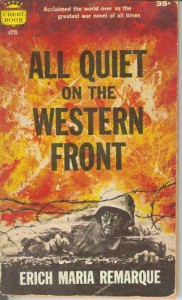 All Quiet on the Western Front by Erich Maria Remarque

War stories have a tendency to focus on the more sensational and action-oriented aspects of battle, but All Quiet on the Western Front (1929) is a novel by a World War I veteran that details the less talked about aspects of military life. Remarque details the day-to-day living conditions dealt with by troops, the tedium and boredom between battles even with the constant threat of artillery fire, the difficulty of keeping troops nourished, and the seeming randomness of who managed to live and who ended up dying either in battle or in the barracks. Given the groundbreaking angle taken by its author, it’s little wonder that All Quiet on the Western Front also became a landmark film. 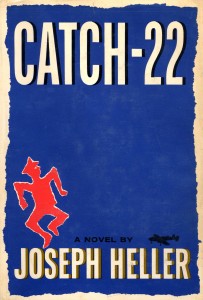 Heller’s classic novel Catch-22 is perhaps the all time best portrayal of the absurdity inherent to war. Not even the timeline of novel about World War II is conventional, as Heller skips around with the chronology and tells the story from the multiple perspectives of the various characters involved. The book was so influential that “catch-22” is now commonly used in the English language to describe a no-win situation, based as it is off protagonist Yossarian’s attempts to avoid flying missions because he thinks he’s crazy (in the book, crazy people aren’t allowed to fly missions, but if you think you’re crazy than you must not be). Catch-22 perfectly encapsulates the warped logic and bureaucracy inherent to military action. 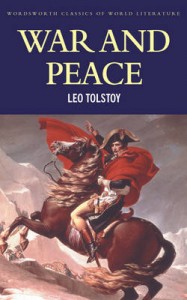 War and Peace by Leo Tolstoy

No war books list is complete without Tolstoy’s seminal War and Peace. Published in 1869, and focusing on the French invasion of Russia during the Napoleonic era and its impact on the Russian culture and political structure as seen through the eyes of the aristocracy, War and Peace was even considered unconventional by its author. Tolstoy didn’t consider this a novel, which makes sense given that the last portion of the book is essentially a philosophical discussion rather than a narrative story. But however you want to classify this book, one thing’s for sure: War and Peace is one of the best war books of all time. 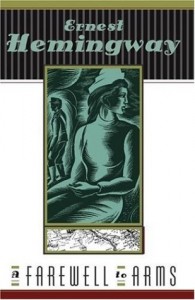 A Farewell to Arms by Ernest Hemingway

A Farewell to Arms, first published in 1929,  did more than establish Ernest Hemingway as a literary force (it went on to become his first bestseller), it also focused on issues of romance, allegiance and loyalty during wartime. Centered around an expatriate American serving in the Italian army during World War I, the book is cynical and bleak, and many of the imagery in the book are culled from Hemingway’s own experiences serving in World War I during the Italian campaigns, and the primary female character in the book is based off a nurse who cared for him, making this novel one of those essential works of fiction that are pulled straight from reality.