One of the most magical things about books is their ability to transport the reader. Stories can not only put us in the shoes of another person, but they have the ability to take us to far off lands, to places both real and imagined, unbound by the constraints of time and space. But there’s something especially fulfilling about reading a good travel book, an author’s real-life experiences in places across the globe that we may be unlikely to ever experience firsthand.

Travel book authors have many reasons to write what they do. Sometimes they are simply telling an intriguing story that simply happens to have included globetrotting. Other times, the author sets out to specifically examine a certain culture, climate or cuisine. And of course there’s always the inspirational journeying-to-find-oneself stories that oftentimes make their way onto best-seller lists.

Whatever the angle, travel books can provide some of the more intriguing stories about the world we live in. They’re another chance for us to educate ourselves while being entertained. Pick up one of the books listed below, and embark on a journey without ever leaving the comforts of home. 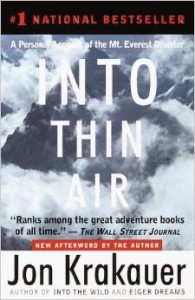 Into Thin Air by Jon Krakauer

Needless to say, not all that many people get the chance to summit Mt. Everest. Tragically, not everyone who attempts it even manages to come back alive. Jon Krakauer’s nonfiction bestseller Into the Air documents a doomed expedition to the top of highest mountain on Earth, a trek that would tragically leave eight people dead. A “rogue storm” led to the deaths and the stranding of several other climbers. Krakauer, who was present for the climb that was led by famed guide Rob Hall, recounts the efforts made by guides to rescue the imperiled mountain climbers, and his book has been met with a fair amount of controversy about how he questions the judgment of one particular Russian guide whose efforts saved two lives but may have endangered others. Whether mountain climbing sounds exhilarating or insane to you, Into Thin Air is a breathtaking read. 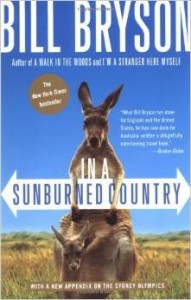 In a Sunburned Country by Bill Bryson

Bill Bryson is a travel writer extraordinaire, trotting the globe to study each new place and bring the information straight to your bookshelf or coffee table. His 2000 travelogue, In a Sunburned Country (released as Down Under in the United Kingdom), focuses on his journey across Australia via car and railroad, as he takes in the culture of each area of the vast country/continent and documents not only the people and their histories, but the landscape itself and the wildly varying plants and animals that live there. He splits his book into three parts, shining a light on the Outback, on civilized Australia, and on the fringes of the country. Bryson injects humor into his travelogue, while also dipping back into Australia’s highly fascinating 19th century history, making In a Sunburned Country a well-rounded and nourishing read about a unique and compelling part of the world. 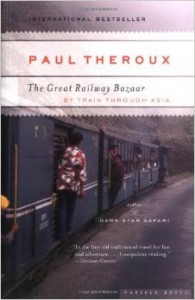 Paul Theroux may be best known for his novels, some of which have been made into feature films. But his travel writing is also worthy of note, especially his 1973 travelogue The Great Railway Bazaar. As the title suggests, the travel book recounts a journey Theroux took by train. Spending four months winding from London through Europe, the Middle East, the Indian subcontinent, Southeast Asia, and back through Russia on the Trans-Siberian Railway. Published in 1975, the book appeared relatively early in Theroux’s career, and, over 30 years later, he would revisit the trail he took in order to write a follow-up book in 2006 about how the people and places along his famous route had changed. 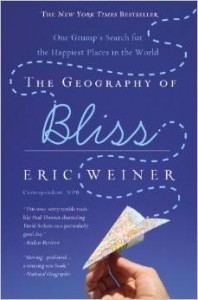 The Geography of Bliss by Eric Weiner

Longtime National Public Radio foreign correspondent Eric Weiner has put together a pair of a travelogues that don’t just explore various regions but also tackle the big questions. In Man Seeks God, he toured the globe to learn more about various religious practices, and in The Geography of Bliss he travels to places such as Iceland, Qatar, Moldova, and Bhutan in search of how people in different parts of the world define and pursue happiness. As with Man Seeks God, this book is not only a recounting of his travel experiences but also a journey of personal discovery, as Weiner turns the focus inward to search for what happiness means to him. As a result, The Geography of Bliss is not only a travel book, but a highly inspirational read as well.