Horror can take many forms. While ghosts and monsters can be frightening (whether or not they exist solely within one’s psyche), there’s few stories that can strike more fear in people than those about psychopathic murderers. A human being bereft of empathy and driven solely by sadistic impulse may just be the scariest of all monsters.

Books about psychopaths are so popular that many have already made their way into other “Best” lists on this site. You can’t have a list about fictional serial killers without including the frightening Dr. Hannibal Lecter, but The Silence of the Lambs, was already featured on our Best Thrillers list. The Killer Inside Me would also be a contender for this list if we hadn’t already included it in our selection for Best Crime Novels. There’s all sorts of crazy going on in The Talented Mr. Ripley, but we’ve already got that covered in Best Mystery Books. And American Psycho‘s Patrick Bateman (who may or may not have acted out the extreme violence that took place within his mind) already made it into our picks for Most Controversial Books.

But any list that includes masters of dark prose like Joyce Carol Oates and Cormac McCarthy has no shortage of twisted characters or murderous mayhem. You’d be hard-pressed to find four books about psychopaths as unnervingly spellbinding as these. 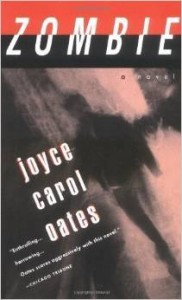 If you’re going to write a story from the perspective of a deranged serial killer, basing the material on cannibal Jeffrey Dahmer is a good place to start. Joyce Carol Oates did just that in her novel about a young man named Quentin P. who seeks out male victims in order to attempt to lobotomize them and re-wire their brains so they will be totally under his control. Told in a first-person narrative, the prose is written in a disturbing and blunt vernacular, often injecting all caps and other symbols to ramp up the mania. Reading the diary of a serial killer (even a fictional one) can be even more frightening then seeing their actions acted on the silver screen. Zombie is a ghastly and engrossing book, one that plumbs the depths of human depravity yet still is identifiably human. 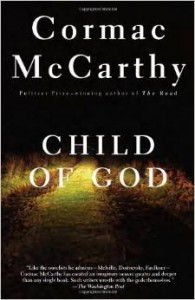 Child of God by Cormac McCarthy

Cormac McCarthy describes his disturbingly isolated and horrifyingly deviant character Lester Ballard as “a child of God much like yourself perhaps.” McCarthy crafts a tale of a murderous loner gone feral, reduced to a shadow of man who stows away corpses in caves for his personal use. But he never makes Ballard a complete monster. Much like Zombie‘s Quentin P., there’s an identifiable humanity under a fearsome character otherwise bathed in grime and blood and the stink of death. James Franco’s recent film adaptation of this unsettling novel only focuses on the darkness and the ugliness, but McCarthy’s novel is a transcendent, albeit stomach-churning, take on the depths of human perversity. 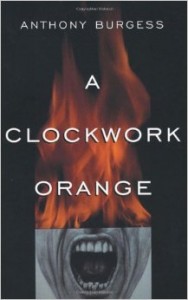 A Clockwork Orange by Anthony Burgess

Alex is a very troubled young man. Growing up in a slightly futuristic Britain, he and his “droogs” enjoy far too much of the old “ultraviolence.” Going around the urban landscape picking fights with rival gangs, breaking into residences, and assaulting random people, Alex has no empathy for those he hurts. Despite a team of state authorities intent on reforming him before it’s too late, Alex ultimately takes his ultraviolence too far and commits murder. This opens up an whole new can of worms when, from prison, he seeks out a controversial new treatment method to cure psychopaths of their violent behavior. Narrated by using an abrasive dialect that Anthony Burgess invented, A Clockwork Orange both shocks and hooks and the reader. 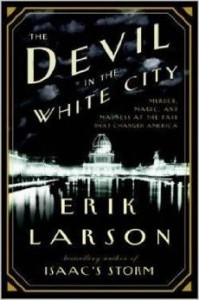 The Devil in the White City by Erik Larson

Though technically a non-fiction book, this list would not be complete without The Devil in the White City. Presented in a novelistic style, this book chronicles the murderous exploits of America’s first documented serial killer, H.H. Holmes. Operating roughly around the same time as Britain’s Jack the Ripper, Holmes lured many an unsuspecting victim back from the 1893 world’s fair in Chicago to his “murder castle.” Elaborately designed to both entrap his victims and conceal their bodies, Holmes’ murder castle is one of the more ghastly entries into American history and this book does a spellbinding job of laying the secretive serial killer’s heinous and intricately-planned spree bare.