With another year in the books, it’s time to assess just how good of a year it was for books. We’ve already weighed in on the Top Selling Books of 2013. Those trended more towards the inspirational, fantasy, or political titles. There was plenty of room for whimsy and magic in the upper echelon of books from 2013, and a pinch of horror too. Doctor Sleep, Stephen King’s sequel to The Shining, inspired our Best Stephen King Books list, and made a few shortlists for best books of the year as well, but didn’t quite make the cut here.

Midway through the year we touched upon some of the Best Books of 2013 (So Far), including new work by David Sedaris, a retrospective on the life and art of Sylvia Plath, and a scathing look into the history and current day operation of Scientology. We won’t revisit those titles here, but don’t overlook them in your search for the very best books to come out in the past year.

Below you’ll find the cream of the 2013 crop, books that enchanted, surprised, educated and inspired us—books that, once opened, simply refuse to let you put them down. 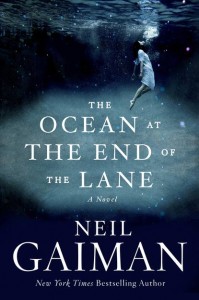 The Ocean at the End of the Lane by Neil Gaiman

British author Neil Gaiman is truly prolific, covering huge swaths of magical ground in short stories, young adult novels and general fiction. Gaiman returns with a novel that’ll captivate the young and old alike. The Ocean at the End of the Lane addresses the disconnect between childhood and adulthood in one of the more metaphysical ways possible, as an adult returns to his childhood hometown and begins remembering his long-ago otherworldly encounter with the Hempstock family, namely a girl his age named Lettie who helps him overcome a malevolent force that’s overtaken his family. His revisiting of magic that he has long forgotten serves as an apt metaphor for growing into adulthood. 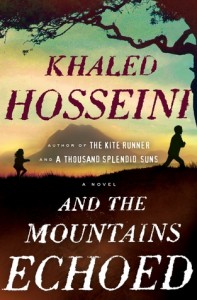 And the Mountains Echoed by Khaled Hosseini

Author of the moving 2003 novel The Kite Runner, Khaled Hosseini returned in 2013 with his third novel, an epic narrative about the bond between a young Afghan boy and his even younger sister, who their father decided to sell to a childless couple in Kabul. Despite this heartrending central focus, And the Mountains Echoed is much broader in scope than Hosseini’s prior novels, told in nine chapters that almost function as a collection of short stories, each from the perspective of a different character. When all the narratives are tied together, the result is perhaps Hosseini’s finest work, and easily one of the best books of 2013. 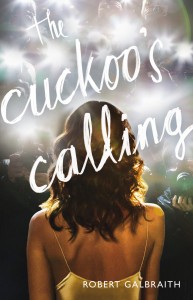 The Cuckoo’s Calling by Robert Galbraith

J.K. Rowling’s first stab at post-Harry Potter general fiction, The Casual Vacancy, was met with a lukewarm reception. Perhaps it was too anticipated. Rowling avoided that pitfall with her second post-Potter book, The Cuckoo’s Calling, which is published under the pseudonym Robert Galbraith. This crime fiction novel is different than anything Rowling has done before, so much so that the pseudonym caused at least one publisher to unknowingly reject a book written by one of the all-time best selling authors. But this gripping crime novel that hinges on the investigation of a suspicious death that’s been labeled as suicide stands on its own and makes for one of the thrill rides of the year. 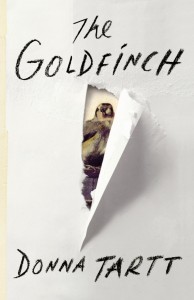 The Goldfinch by Donna Tartt

Fans of Donna Tartt’s work had to wait 11 years for her third novel to drop, and that’s after it was originally slated for release in 2008 yet took another 5 years to reach store shelves. It was worth the wait. The Goldfinch focuses on of a 12-year-old boy named Theo who survives a terrorist bombing in a New York art museum that claims the life of his mother. This sparks a chain of events that will influence the rest of his life as the book moves through time as Theo overcomes hardships, moves across the country, and grows into a man who both achieves great successes and is wracked by guilt.