Let’s face it, there are a lot of movies out there that probably didn’t need to be made. And it’s common knowledge that, when it comes to adaptations, the book is often better than the movie. Heck, we’ve even covered some of those books that were much better than their movies. With Hollywood often out of fresh ideas, it’s a wonder that the titles listed below haven’t already made their way from the page to the silver screen.

We’d be remiss not to the mention the handful of other great titles that also belong here but, for one reason or another, have already been featured elsewhere on the site. Kurt Vonnegut’s Galápagos would make for an ambitious science fiction film, with some of the story taking place 1 million years in the future, when humans have long since evolved into a small-brained aquatic ape. But that book already appeared on our Best Sci-Fi Books list. Meanwhile, Mark Danielewski’s House of Leaves, in the right hands, would make for one of the trippiest horror movies ever with its frightening portal into uncharted time-space. That book showed up on our list of Best Horror Books. And we’d say that Philip K. Dick’s fascinating alternate history novel The Man in the High Castle deserves a spot here, but you’ll be able to watch what happens in a world where the Axis Powers prevailed in World War II in a TV series that’s being produced by Amazon Studios.

There’s little argument that, if James Franco is able to make adaptations of Faulkner’s As I Lay Dying, a more talented director needs to get to work making the following books into movies. 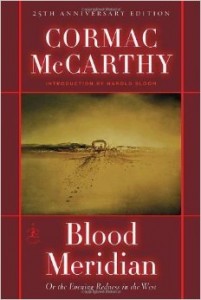 It’s borderline shocking that Blood Meridian still hasn’t been made into a film. Many of Cormac McCarthy’s other novels have already fared well. The Road was a post-apocalyptic tear-jerker and No Country for Old Men won a Best Picture Oscar. Meanwhile, All the Pretty Horses and Child of God (also directed by James Franco) didn’t do as well critically, but still made it to the silver screen. Blood Meridian may be McCarthy’s most brutally violent book, and that may be part of the reason it hasn’t yet hit movie theaters. But its villain, Judge Holden, is such a frightening character that he might even be able to give Anton Chigurh pause. We may just be lucky enough to see this book turned into a film yet, though, as it is currently listed at IMDb as being “in development.” Fingers crossed.

One Hundred Years of Solitude 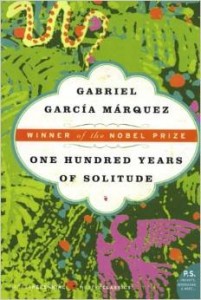 Despite having many of his other novels and short stories adapted into films, and having done some screenwriting himself, Gabriel García
Márquez never agreed to sell the film rights to his crowning achievement. It’s been adapted into a play, but has never been made into a movie. And what a movie it would be, one that would need to span a whopping eight generations and incorporate both realistic and fabulist elements. Sadly, Márquez passed away in 2014, so there’s always the off-chance that his estate may one day sell the film rights. But until then we’ll have to be content with simply reading this literary triumph by a Nobel Prize winning writer at the top of his form. 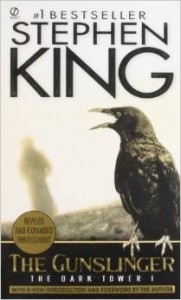 Stephen King is certainly no stranger to the cinema. Dozens of his novels and scores of his short stories have been turned into films and TV mini-series. IMDb currently lists his writing credits at nearly 200. He’s such a prolific fiction writer that he gets his own Best Stephen King Books list here on the site. But somehow his most expansive of works, The Dark Tower fantasy series, hasn’t made its way to a film adaptation yet. Granted, the entirety of the series spans some 4,250 pages, but one needs look no further than Harry Potter to see how Hollywood loves long series of films. For now, The Dark Tower‘s blend of fantasy, horror, science fantasy, and Western can only be enjoyed in its purest form: the written word. 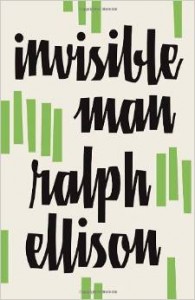 Ralph Ellison’s novel about the challenges confronting African-Americans during the early 20th century would fit in well with other similarly themed films in recent years. 12 Years a Slave was adapted from a non-fiction book by Solomon Northup and won Best Picture in 2014. Meanwhile, Selma received an Oscar nomination for its moving depiction of Martin Luther King, Jr.’s civil rights activism. But despite the presence of many similarly titled sci-fi/horror films, Ellison’s 1953 novel, which won the National Book Award for Fiction, has yet to be adapted. With racial issues still persisting in America, and throughout the world, a film version of Ellison’s great work would be more poignant than ever.