In many ways, villains are the most captivating characters in all of storytelling. While protagonists certainly don’t have to be virtuous characters (some of the best books revolve around antiheroes, after all), we often get a good deal of insight into what exactly makes them tick. Not so with most villains. These malevolent characters are able to carry out their misdeeds unencumbered by such obstacles as morality, logic, or even consistency. We often don’t learn much about what goes on inside their heads, their motivations instead simply manifesting through malicious actions.

With vivid antagonists being such a big part of a good story, we’ve already covered quite a few of the books in which they’re featured. Clearly, Count Dracula ranks right up there at the top. We covered Bram Stoker’s book about that iconic vampire in our Best Classic Literature list. Cormac McCarthy crafted one of the most frightening men to ever grace the page (and no, we’re not talking about Anton Chigurh) with Judge Holden in Blood Meridian, a book we recently discussed highlighted as a book that should be turned into a movie. And Stephen King cooked up a real nightmare with Annie Wilkes in Misery, a book that deserved a spot on our list showcasing King’s best. Mr. Kurtz has been transformed by jungle isolation into a brutal tyrant in Heart of Darkness, a story we consider among the the Best Books of All Time. And villains don’t get much more invasive or mysterious than Big Brother in George Orwell’s 1984, which is one made that book one of our picks for Best Novels of All Time.

But that still leaves a healthy crop of sinister characters, those who continue to make an unnerving impact on readers everywhere. 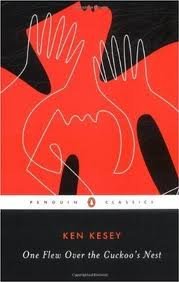 Nurse Ratched from One Flew Over the Cuckoo’s Nest

A villain is most frightening when they are in a position of power. That’s even more true when the villain can also regulate medications and see to it that her victims get electroshock therapy or even lobotomies. Nurse Ratched rules the mental ward she oversees with an iron fist. Corrupted by her bureaucratically-bestowed power, she dehumanizes the patients in her care, to the point that she even shames a man into committing suicide. She wields her power through manipulation and (with the help of the medications she doles out) a form of mind control. No wonder patients end up busting through windows to escape the hell she’s created for them.

Mr. Dark from Something Wicked This Way Comes

There’s often a sinister undertone to carnivals. Whether its their ephemeral nature, dubious games, or vomit-inducing combination of greasy food and disorienting rides, they’re ripe ground for creepy villains. Mr. Dark proves to be such a figure in this Ray Bradbury classic, as he’s known in the carnival as the “Illustrated Man” due to his many tattoos, one for every person who he’s convinced to join the Pandemonium Carnival. Through dark magic, he is able to manipulate the people who stumble through his carnival, and he rules over those who he has tempted to join his ranks. Shrouded in a mystery, he is that enigmatic sort of villain whose motives are as unclear as his actions are malicious. 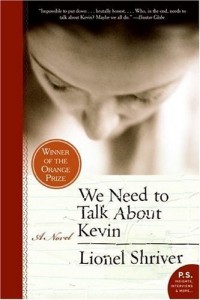 Kevin from We Need to Talk About Kevin

There are few things more frightening to consider than an evil villain actually being one’s own child.That’s the awful scenario faced by our narrator, Eva, in Lionel Shriver’s 2003 novel. The story is told via a series of letters from Eva that appear to be intended for her estranged husband (and Kevin’s father) after Kevin commits a school massacre. Eva’s marriage fell apart largely because she could sense Kevin’s malevolence while her husband could not. Kevin’s nefarious actions turn from petty to violent, and he may even be responsible for blinding his little sister with drain cleaner. Kevin also develops quite a knack for archery, which will play a key role in the attacks he will carry out on classmates and even members of his own family. 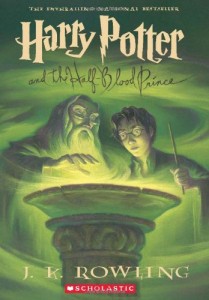 Voldemort from the Harry Potter series

No list of villains would be complete without including He Who Must Not Be Named. The Dark Lord Voldemort exhibits a few Nazi tendencies through  his obsession with blood purity. He wishes to rid the world of people with non-magical abilities (aka “Muggles”) despite the fact that his own father was a muggle, a fact Voldemort refuses to acknowledge. It’s pretty clear that an immensely powerful evil wizard from one of the most popular book series of all time belongs on this list of villains, especially when said wizard is the leader of a group known as the Death Eaters.  J.K. Rowling described Voldemort as “a raging psychopath, devoid of the normal human responses to other people’s suffering.” No wonder nobody dares to speak his name.